First question I have ever posted to this forum.

I'm a little confused as to what is the difference between the three different flight speeds:
- Stalling Speed
- Minimum Level Flight Speed
- Maximum Endurance Speed

When the maximum coeffient of lift is reached for a given Angle of Attack, my thoughts are any of these three speeds appear to be applicable. However my interpretation appears to be incorrect so any guidance to clear up my confusion would be greatly appreciated.

As an aeroplane slows, eventually it gets to a speed (angle of incidence or angle of attack) where the airflow over the upper wing surface generates a small vortex starting from the surface and a small and increasing part of the airflow starts to flow "backwards" . The front to rear pressure gradient reduces to the point that the air is not able to be "pushed back" along the wing. The end result is that the reasonably orderly flow (prestall) gets disrupted and the overall flow detaches from the wing and we get a very turbulent airflow pattern.

This turbulent flow pattern is associated with a reduction in lift and we refer to the phenomenon as "stall".

While we look at the "stall speed", this is only because in reasonably steady flight the angle of attack can be related to airspeed. We can measure the latter on the ASI but, other than for the high end of the market, we have no objective means of measuring angle of attack.

As the angle of attack varies, the convenient measure of lift we use is the lift coefficient and a typical graphic is 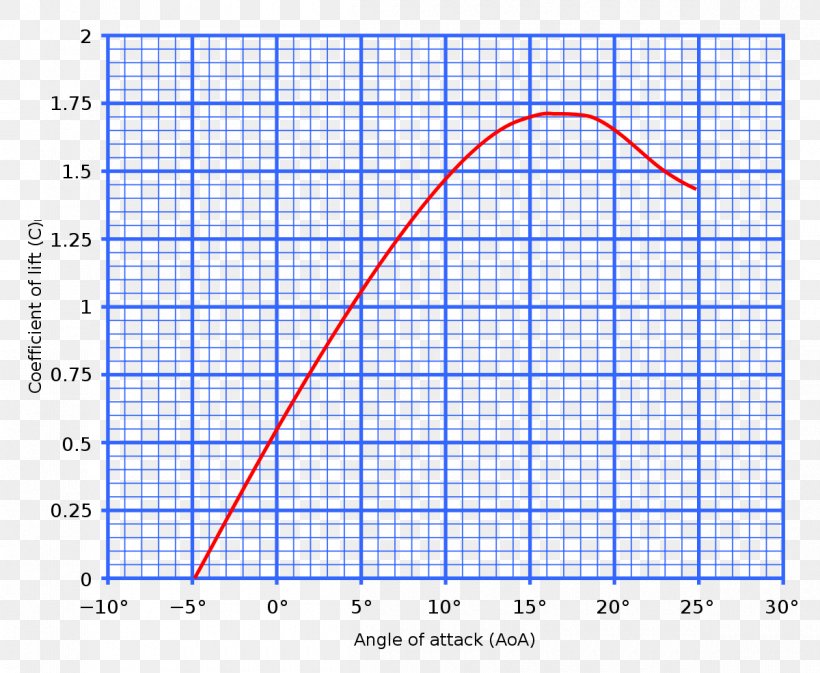 The specific shape can vary quite significantly but the graphic is typical of a small aircraft wing.

Depends exactly what we are talking about.

(a) minimum steady flight speed is an alternative to stall certification (eg see FAR 23.49) where the aircraft doesn't stall, as such. You probably aren't after this ?

(b) minimum level flight speed is a power/drag consideration. An aeroplane, in level flight, can fly at a range of airspeeds and this range relates to drag and power characteristics. If we look at a typical graphic for a light aircraft 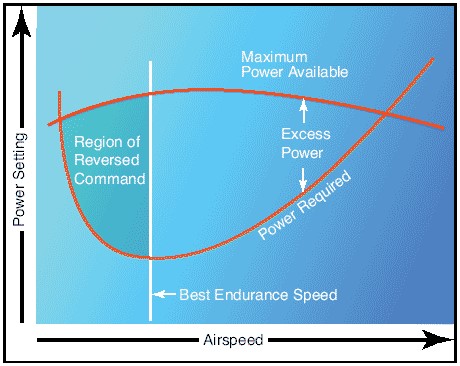 you can see two intersections of interest between the airframe power required (think drag x TAS) and the engine power available curves. The high speed intersection is the maximum level flight speed and the low speed intersection is the minimum level flight speed. This is simply a situation where, should the aircraft go slower, the engine can't produce the higher power necessary to balance the airframe drag and you either slow down ... or go down.

This occurs roughly at the speed for minimum power which, for a piston engine, relates fairly closely to minimum fuel flow. The point can be seen on the previous graphic. Generally we would fly just a bit faster to avoid having to juggle the throttle as the airspeed bounces around a bit other than in very smooth air. Also, for IFR aircraft, trying to fly at min power speed is quite a pain in the holding pattern each time the aircraft turns in the racetrack - drag goes up a bit and we need to increase power to maintain speed and height.

When the maximum coeffient of lift is reached for a given Angle of Attack, my thoughts are any of these three speeds appear to be applicable.

Maximum CL is associated with stall only.
Engineering specialist in aircraft performance and weight control.
2 months 3 weeks ago #2

Hi John thanks so much for the detailed response and it was really helpful breaking down the three flight speeds. It's clear to me now from your feedback that stall speed occurs at the maximum coefficient of lift.

I think your explanation has cleared up some things for me and that I should view minimum level flight speed and endurance speed as more power/drag combinations.
2 months 3 weeks ago #3

stall speed occurs at the maximum coefficient of lift.

That is a usual definition of where the stall occurs.

Keep in mind that the minimum level flight speed power curves intersection is going to be somewhere moderately close (one side or the other) to max CL. (or even at max) as you will be operating at low speed (ie high angle of attack). I can well see that one could be confused a little unless the point is made clearly in the associated graphics. Obviously, you can't fly below stall speed consistently (you can briefly if you manipulate your g-loading) so stall may well limit whether you can or cannot get to the intersection - so, in some cases, minimum level flight speed might be at the stall speed. However, that is not a necessary condition for the consideration.

I tried to rationalise by thinking as the aircraft approaches stall speed, it is also approaching the minimum speed where level flight can be maintained

Which is the point I made above. Stick with it - it will all become clearer the more you read and think about things.
Engineering specialist in aircraft performance and weight control.
2 months 3 weeks ago #4
Last Edit: 2 months 3 weeks ago by John.Heddles.

Thanks John. It's making more sense now. Cheers for now!
2 months 3 weeks ago #5