Could anyone elaborate further on the sentence "when the aircraft rolls, the raising wing follows an up-hill path, which results in a decreased AoA". As many times as I read this it doesn't get any clearer, why a decreased AoA? My brain is trying to tell me it should be increased, and the downward going wing should be decreased.
Can someone describe it another way please?
6 years 7 months ago #1

Hi Sarah,
Try looking at it which way the relative airflow is coming from. Use a model to help get the picture.

First, we look at the aeroplane travelling forward. The relative airflow will straight on the leading edge as we normally see it. 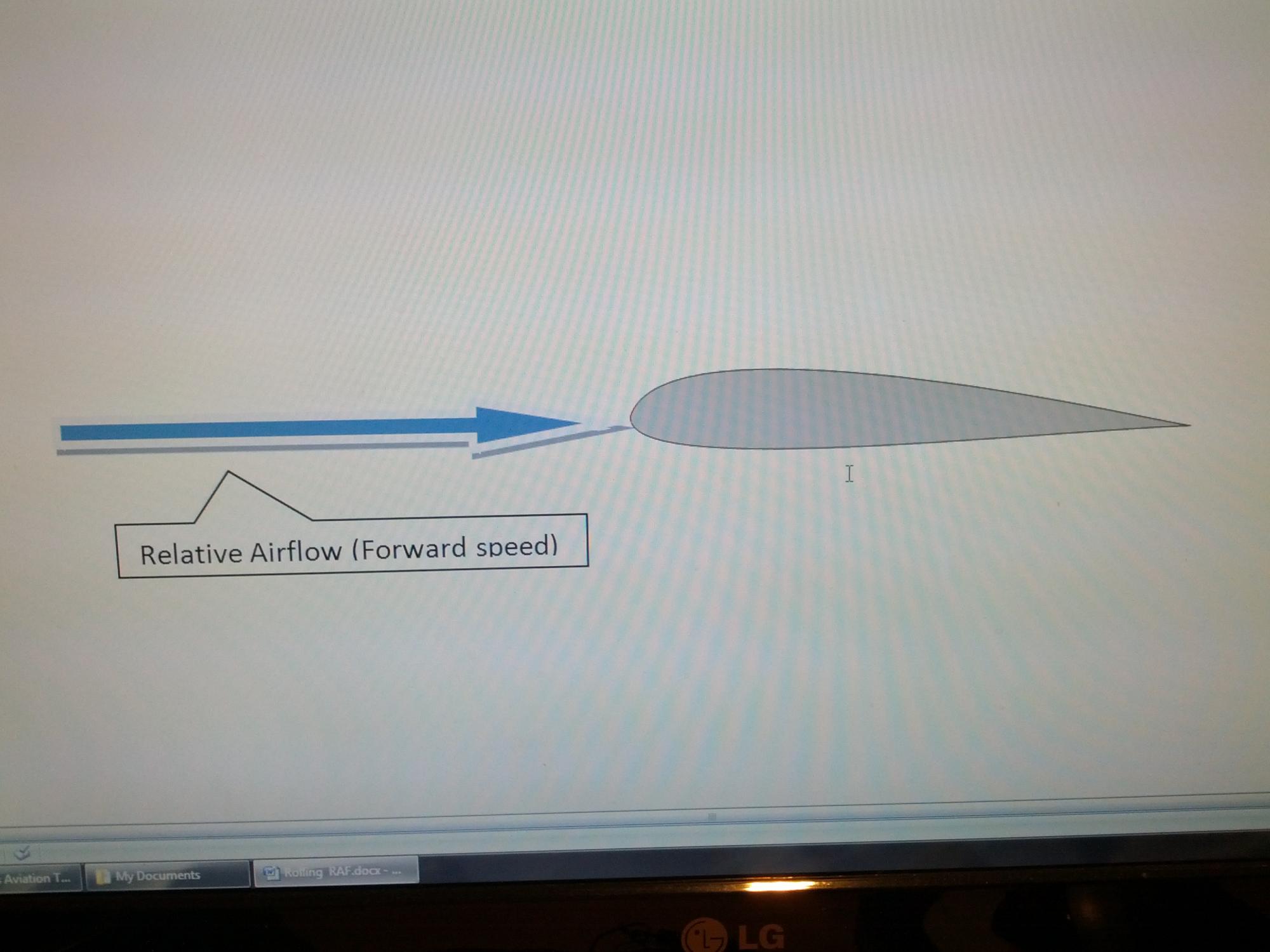 Next, we will look at just the roll. Imagine the aeroplane is sitting still. With your model in your finger tips, roll it around it longitudal axis. You will see the wings rolling left and right. There is now only one way the relative airflow will meet the wing. Straight down from above, and straight up from beneath the wing at 90° to the chord. 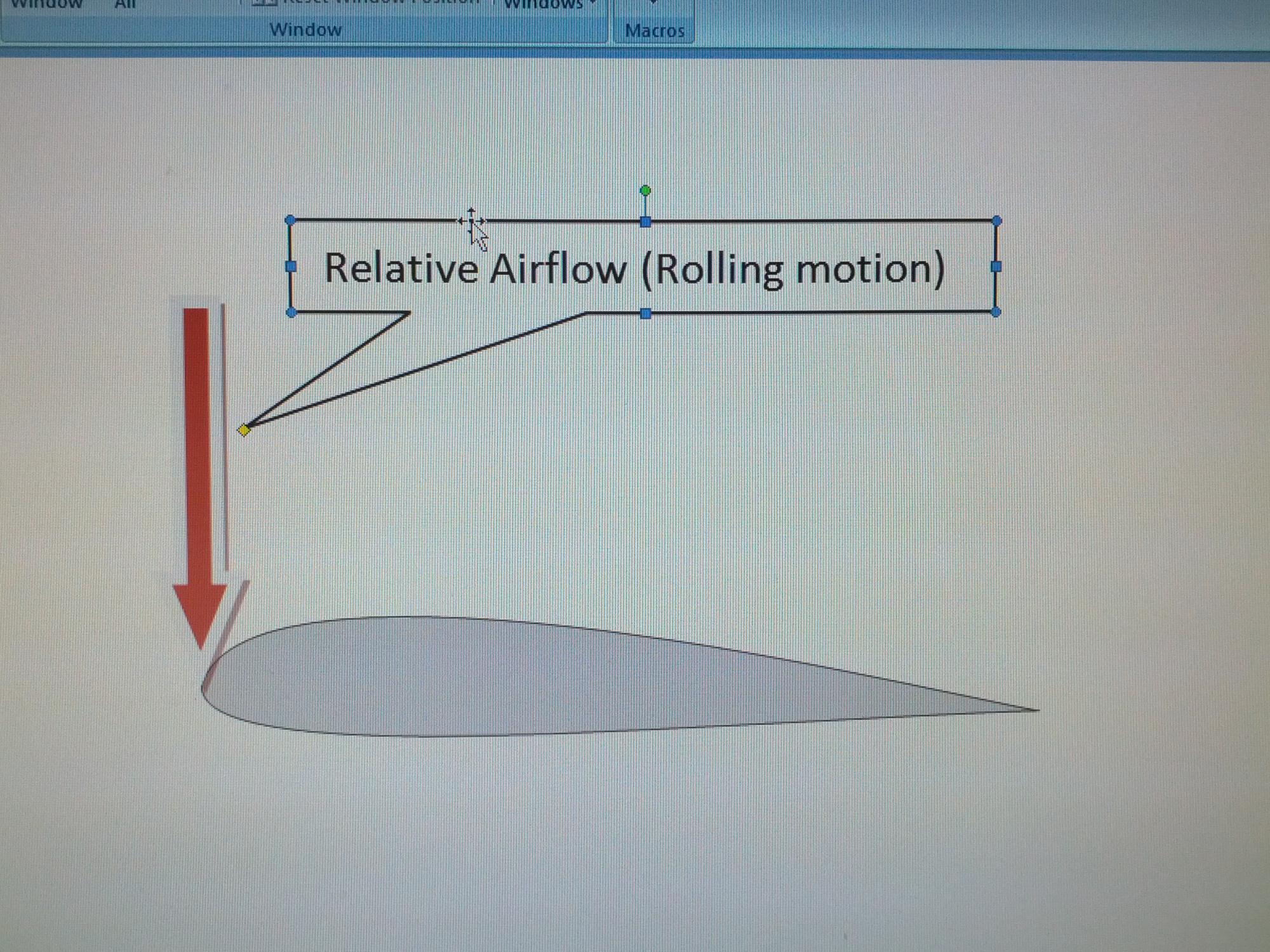 Now we combine the two together. The aeroplane's wing will see the resultant of the relative airflow coming from above (from the roll) and from the forward speed.

You will re visit this when you read about the factors that contribute to a wing drop during a stall and why we shouldn't use aileron to recover.

P.S. Sorry the pictures are a bit fuzzy. It was the only way I could load them.
6 years 7 months ago #2

Thanks, too easy. I was forgetting to consider the up/down airflow.
6 years 7 months ago #3