× Welcome to the CPL Air Law question and answer forum. Please feel free to post your questions but more importantly also suggest answers for your forum colleagues. Bob himself or one of the other tutors will get to your question as soon as we can.

Lanes of Entry. Where are they?
Are they the VFR tracks in and out of Bankstown and Camden, shown by the trail of small purple dots on a VTC?
Are we talking about the recommended VFR tracking procedures around Port Phillip Bay towards Moorabbin, and the VFR route in and out of Archerfield?
I can't find any reference to Lanes of Entry in the AIP except ENR 1.4 para 6.
They keep popping up in the practice exams, and the actual exam as well, I hear. 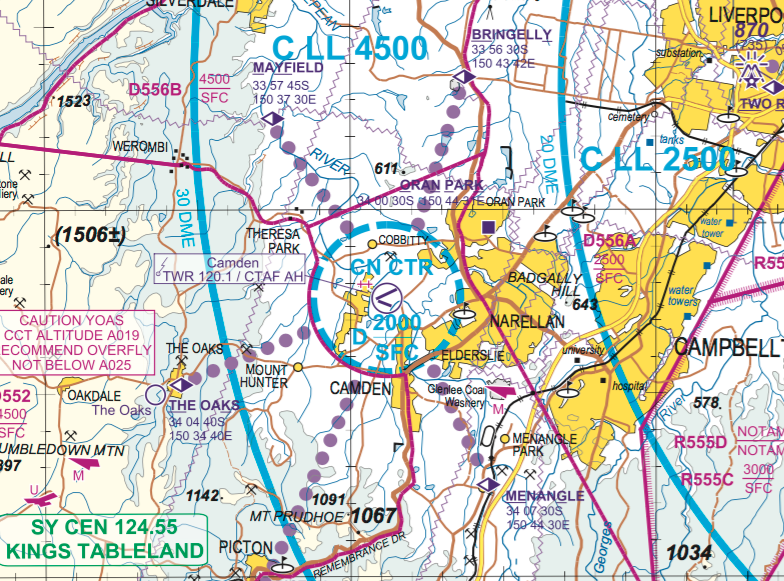 What used to be called lanes of entry and marked on VTC charts are now represented by the purple dots and called VFR ROUTES. However, the original lanes of entry were intended to allow pilots access to the class D control zones associated with the major capital city airports without requiring an airways clearance through the class C airspace. Now they are often shown outside controlled airspace such as VFR sight seeing routes (Brisbane VTC shows VFR ROUTES around the off-shore islands).

I agree the term 'lane of entry' is a bit misleading, however I'm sure ENR 1.4 para 6 is referring to the VFR ROUTES as lanes of entry. I'd stick with that for the exam.

You can find lanes of entry details in the ERSA in the FAC section under airports that have them ie Bankstown flight procedures 5. which has three VRF routes but only one lane of entry.
6 months 2 weeks ago #3

Hey thanks Bob and thanks M_C, you're right!
It seems that the Bankstown Lane of Entry is the only one mentioned in the entire ERSA.
You can depart north via Parramatta at or below 2000', or arrive from the north via Prospect Reservoir at or below 2500' using this 'Lane'. And these vertical limits are clearly shown on the VTC.
And 2RN is the third VFR route.
Thanks for pointing this out. 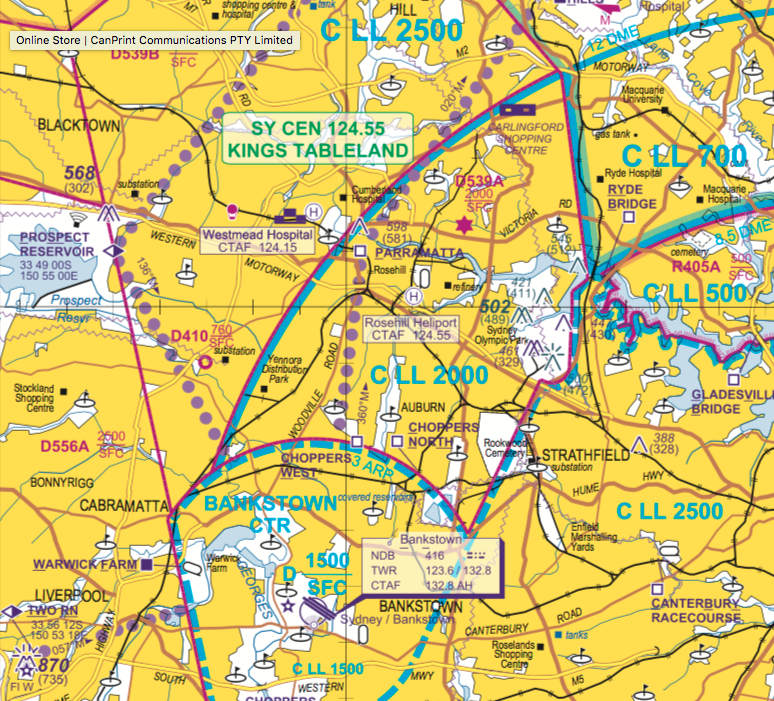