Hi all, just wanted to share an insight about minimum drag.

We're used to seeing the total drag curve, which is the sum of two curves, the induced drag and parasite drag, like this: 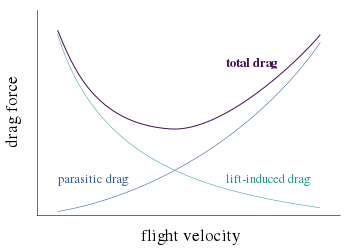 The textbooks all say that the minimum value of total drag is achieved where the two drag curves intersect, that is, where induced drag equals parasite drag. The picture seems to confirm it.

But this kind of statement is not true in general - if you have any old two curves, one decreasing and one increasing, then the total of the two curves is usually not minimised where the curves cross. Here is a counterexample, in which the downward-sloping green curve is y = 16/x and the upward sloping blue curve is y = x2. 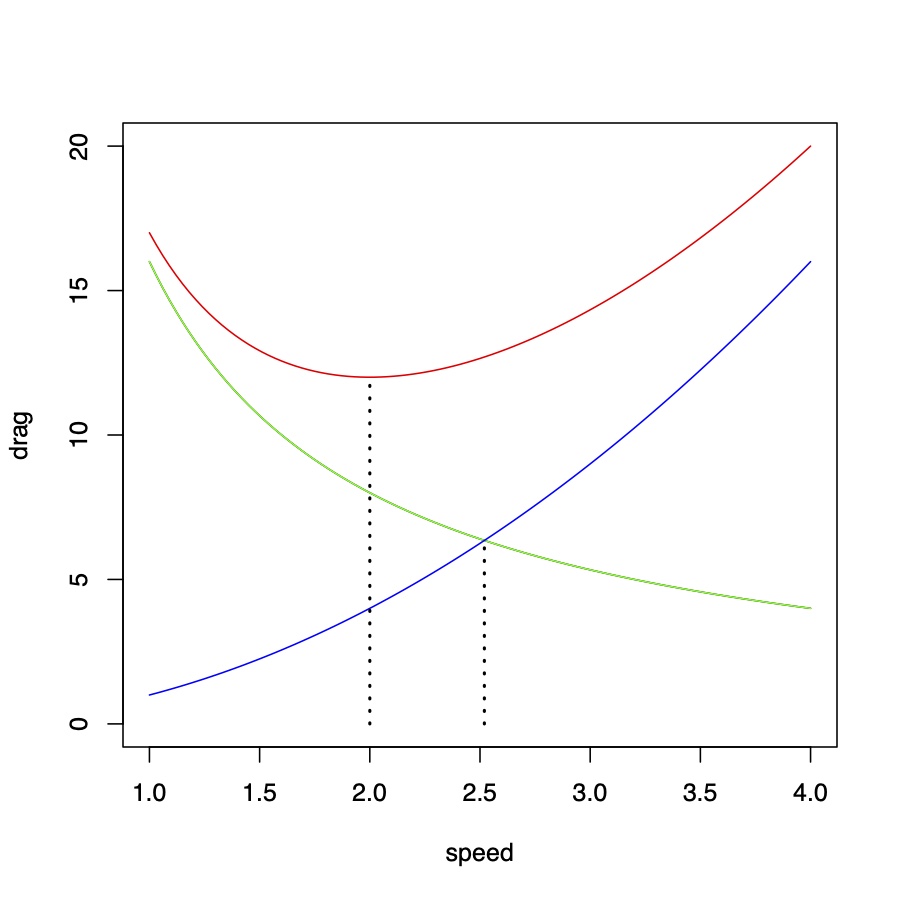 The rule that "the minimum happens where the curves cross" is only true because of the special shapes of these curves.
8 months 1 week ago #1