Thank you for your understanding

We still have available video lectures for CPL PPL and IREX

Would EFB assistance in the planning stages be helpful to get a more efficient
& accurate understanding of the weather + flight planning requirements?

Our off the shelf devices such as tablets are extremely helpful in the world of aviation. The first step is using them to our advantage in the planning stages of a flight for a better and quicker understanding of the weather as it applies to our flight path, and as a tool to access all of our aviation charts + associated Airservices Publications. From here we can confirm

all of our flight planning calculations, and then legally use the device in the cockpit as a situational awareness tool. 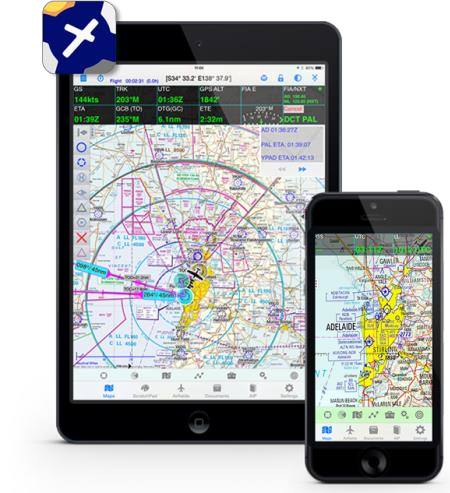 The course will be catered to the audience. Facilitating the workshop will be Andrew Boniface from Airspace Flight Solutions, affiliated with and an approved training provider for OzRunways Pty Ltd. OzRunways is the App used by most of the aviation community.

The majority of this workshop will be catered to Apple iOS devices. Android devices will be covered in less detail.

For CPL students, it will be of maximum benefit if you have some form of device to follow the trainer through with his use of Electronic Flight Bag. Initially if you have a smart-phone that will be enough, however this can’t legally be used in flight, and the time will come where you will need to upgrade to a tablet. The recommendation here is to go with Apple iOS due to the increased features and performance you get from this version of the OzRunways App. The Apple iPad Mini 4 (128GB) & iPad Mini 5 (64GB) are recommended for their size and ability to be used as a knee-board in flight. Be sure to purchase the WiFi + Cellular version to better access data and utilise the in-built GPS (for situational awareness only).

Access the OzRunways site here https://ozrunways.com/# Normally a 30-day Free Trial is available, but as a bonus for signing up for this course, all CPL students will receive a free 6-month VFR Premium Subscription valued at $75!… nearly the value of the course! Use of this trial version will enable you to use the App on your phone or iPad/Android tablet during the course. Please sign-up using the details below to access this offer.

We look forward to seeing you soon. Be sure to bring your Smart-Phone or Tablet EFB device!

Places are limited so secure your place today by contacting Andrew on the details below to avoid missing out!

Email: This email address is being protected from spambots. You need JavaScript enabled to view it.

Please use one of the links on the right to select the enrolment form for the course you wish to attend. 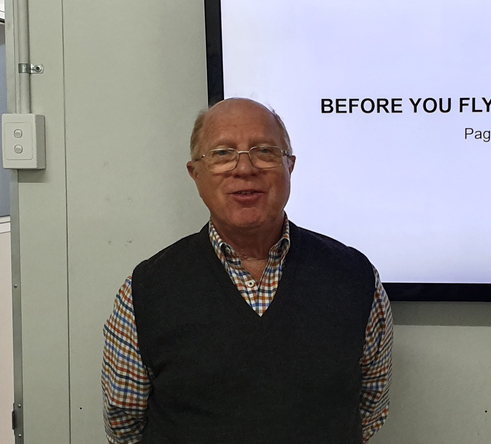 These courses are designed to prepare students for the CASA Cyber Exams for CPL. The Cyber exams will be conducted at appropriate times during the course. Students may sit the exams on the class sitting dates, or at a time and place of their own choosing.

Each full course runs for eight weeks full time but you may sit for any combination of individual subjects if you wish. Progress tests and practice exams are provided to ensure the greatest success at the Cyber exam sittings. Accommodation is available for out-of-town students by arrangement with Maree.

IMPORTANT NOTE: You will not be permitted to sit any CPL exam unless you can show evidence of passing the BAK examination. This requires showing the log book confimation to the exam supervisor. This confirmation should be signed and dated by your flying school and incude the ARN and signature of an authorised flying instuctor. Exceptions are overseas candidates or candidates who did their flying training prior to the introduction of the current DAY [VFR] syllabus. These candidates should contact CASA for a covering letter to be shown to the exam supervisor.

Please note that showing a current Private Pilot Licence is not considered proof that you have passed the BAK examination. CASA reference.

Please be advised that candidates who are undergoing a 150hr CPL flying training course may sit Aerodynamics, General Knowledge, Human Performance and Meteorology if they have passed the BAK examination. However, if you are undergoing a 150hr flying training course you cannot sit CPL Air Law, Navigation or Performance unless you also have at least 5 hours of in-command cross-country time logged. CASA reference.